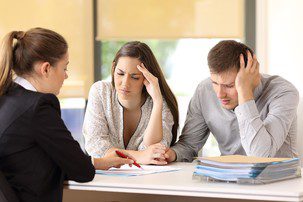 What you need to know about going from full-time renter to homeowner and the process in between.

You have a lot of logistical and financial hurdles to clear before you can celebrate the biggest purchase of your life.

Owning a home is a major milestone many Americans expect to achieve in their lifetime. It’s not simply about having the ability to stay in one place for years – it’s also about taking advantage of the incentives to homeownership, including the financial security to make a major investment and see it grow over time.

Even for the millennial generation, which has been slower to become a major part of the homeowner pool than previous generations, buying a house remains a key goal in life. In a study released earlier this year on expectations for aging, skilled nursing and assisted living company Aperion Care surveyed 2,000 millennials, of which 85 percent say they expect to own a home in their lifetime.

Following a decline in homeownership after the Great Recession, homeownership rates nationwide are above 64 percent as of the first quarter of 2018, according to the U.S. Census Bureau. While homeownership has not returned to its historical peak of 69.2 percent in 2004, it is edging upward again after hitting a 50-year low in mid-2016 at 62.9 percent.

While buying a house for the first time may be intimidating, no homeowner started the process feeling confident every step of the way. Here’s what first-time homebuyers need to know.

Are You Ready to Become a Homeowner?